Welcome to the U.S.S. Eagle

“When I first looked back at the Earth, standing on the Moon, I cried.”– Alan Shepherd 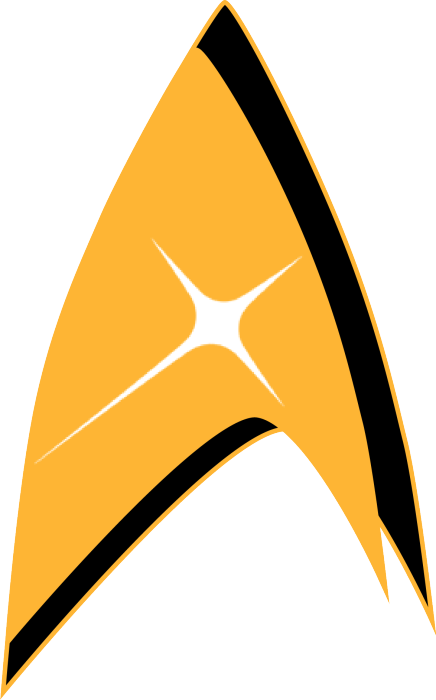 Even before the first astronauts walked upon Earth’s moon the species of the galaxy have dreamt of what lays beyond their own worlds. Four centuries have passed since Human’s first landing on Luna, its face so much different from those days but that same drive that pushed a world to race for the moon still drives the explorers of Starfleet.

While technology has evolved the dangers remain. Four hundred and twenty-seven years later and thousands of light years from Earth a small but dedicated star ship swims through the void. Her shape and livery unmistakable Starfleet.

After their pivotal battle with the pirates in Cardassian space the Eagle limps to the Illiran system, an ally of the Federation with advanced ship building and repair facilities. They were to undergo extensive repairs and even some refits, including Medical and the Bridge module. Newer, and smaller technology was installed in place of the older larger components. The computer would be enhanced with bio-neural gel packs.

While in repairs the crew start to uncover concerning evidence of an infiltration... by the Borg! They were back and they were using a method that they had never attempted before, using nanites to seed the very air that the population was breathing. However, due to the Illiran’s own personal nanite factories (tiny implants) the native Illiran’s would be immune from this kind of assimilation. The visiting population, they were already infected and were slowly being assimilated.

Our next mission will be:

The U.S.S. Eagle is a proud member of Obsidian Fleets, Task Force 72

» Luck is Merely Another Word for Skill

==The Center==
"We are overrun... Fall back repeat fall back... That's an order." Hadir could hear the voice of Ensign Amanda Ptak as she called out orders to her team. The Illirians seemed to be not responding to orders, at least not immediately. "Ensign report!" Hadir asked into the comm…

Hadir had thought it best to brush up on his science, especially in light of the current mission. In truth a lot of what was being said was going far over his head. As such he wanted a tutor, lucky for him the only person he had gotten to know…

The mission briefing had taken place a few hours ago, she knew that her officers were not going to be happy about this but they had no choice but to support the Illirans. So she had made it clear that those were the orders, even so Carter wouldn't be risking…

» A work around to fix a problem!

Once Carter had done with Lise, made sure she was okay and wasn't going to go ahead and do something stupid she headed for engineering, they were going to have to mount a major expedition and she was going to need her engineering and operations chiefs. So, she had asked…

» if at first you don't succeed use a bigger hammer!

Remmy had heard that the majority of the senior staff and the crew were deploying to the planet to fight the Borg. He was a tactical officer but he felt a little left out so he headed to the armory to speak with the Chief, he worked the night shift…